The Music In Secondary Schools Trust was established with funding from the Andrew Lloyd Webber Foundation and the Charles Wolfson Trust and promises every child an entitlement to study a classical musical instrument on entry into secondary school, as well as tuition and performance opportunities. 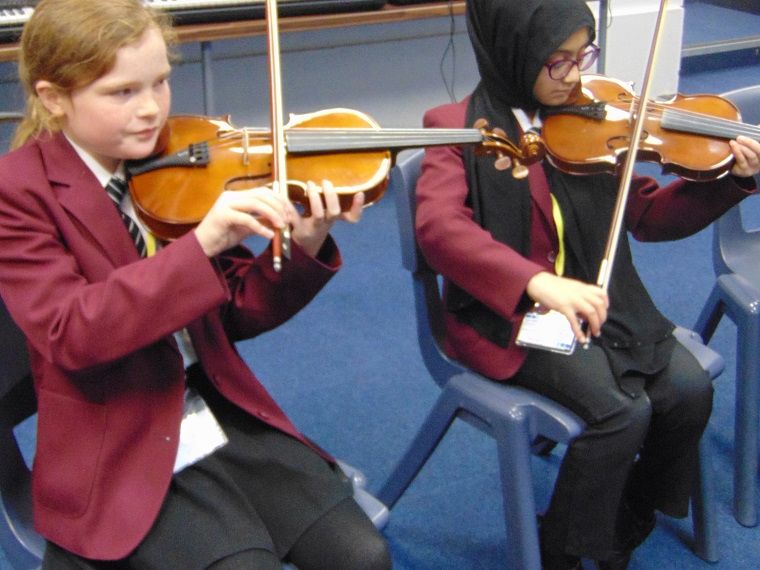 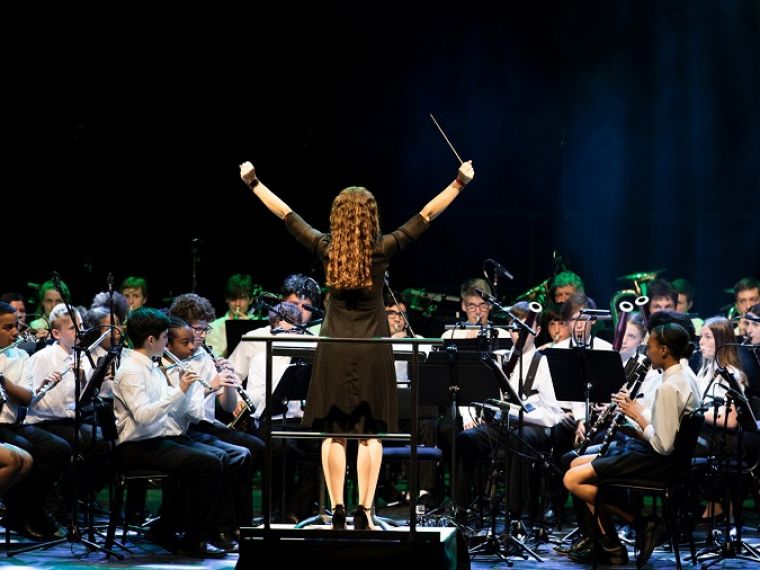 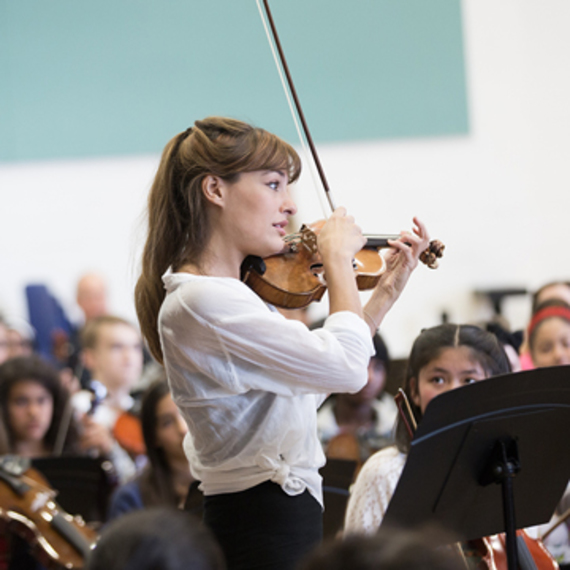 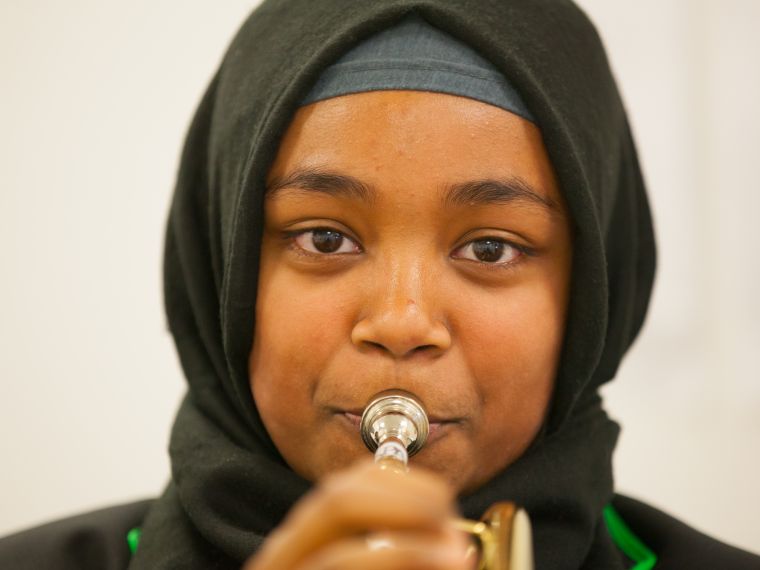 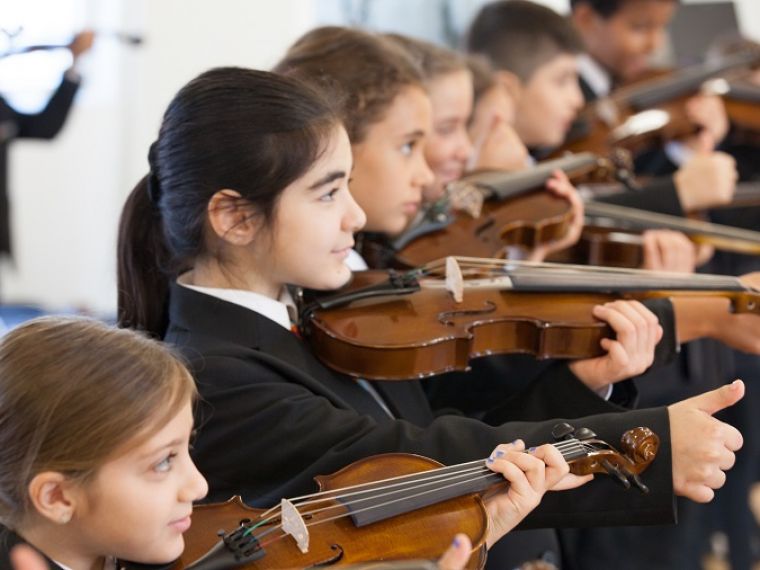 1000 school children receive violins on their first day at school this week. 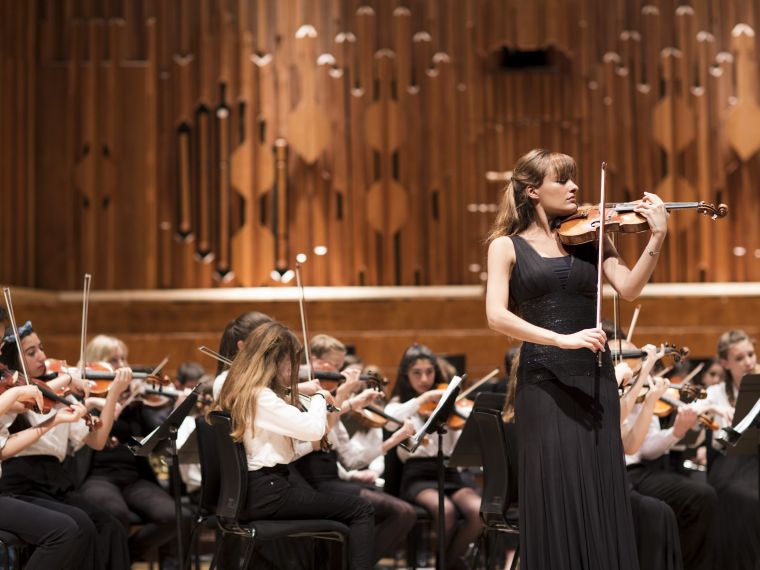 Music in Secondary Schools Trust (MiSST) has extended its ground-breaking Andrew Lloyd Webber programme to two schools in Oldham as part of its ultimate aim of providing free classical music tuition to all disadvantaged state secondary schools in England.

MiSST has now partnered with The Hathershaw College and The Radclyffe School in Oldham, bringing the total number of schools they work with to 17.

Andrew Lloyd Webber said "I am a passionate believer in the importance of arts in schools, particularly music, which transcends all languages, shades of politics, race and creeds.  Through MiSST, it is thrilling to see music empower young people to meet the challenges of the pandemic, by teaching motiivation, resilience, self-confidence and self-esteem.  Music education has never been as vital as it is today and it should be free".

At a special gala concert at the London Palladium, 250 students from 10 London schools took part in a concert with performances of Finlandia by Sybelius, Piano Concert No.1 in F Major by Mozart and movements from Beethoven's Fifth Symphony.

Since the Music in Secondary Schools Trust Andrew Lloyd Webber programme started, free tuition has been provided to 5,000 pupils from disadvantaged backgrounds.  It currently provides free teaching and instruments to 3,700 pupils in 11 London schools.

Andrew Lloyd Webber says “Never has a musical education been more important. The Arts, and music in particular, are proven to empower young people with the life skills needed for a successful future. I’m delighted my Foundation’s grant means nearly four thousand children will receive free instruments and music tuition. I only wish government would join in to make it four million.”

1000 school children receive violins on their first day at school this week.

The evening was a great success and saw 400 school children from MiSST schools perform with Nicola Benedetti who joined the students as leader of the orchestra and as a guest performer in the concert finale.

The programme included Grieg’s ‘In the Hall of the Mountain King’ specially arranged for children by the BBC, Vivaldi’s ‘Spring’ from the Four Seasons and a world premiere of Dimitri Scarlato’s ‘Rhapsody of Melodies’.  Nicola Benedetti performed Jules Massenet’s ‘Meditation from Thais’ in a moving finale supported by the MiSST orchestra.  Performers ranged from beginner to Grade 8+.  For the majority it was their first time in a professional music venue and they were rapturously received by the enthusiastic audience filling the Barbican Theatre.

Lord Lloyd Webber, who was unable to attend the concert in person due to commitments overseas, congratulated all the participants in this video message.